WideBundle only appears on mobile (or desktop) on GemPages!

Wide Hello!In this article we will see why WideBundle only appears on mobile and not on desktop with GemPages (or vice versa).Here we go!

On GemPages you have the possibility to have 2 different versions of your site. One for the mobile version and one for the desktop version.When you use the "WideBundle" module on GemPages, it can only appear once on your page.So by having 2 different versions and placing the WideBundle module twice, it will only appear once.And if you want WideBundle to appear twice, you will have to use another method

How to make WideBundle appear on desktop AND on mobile

The solution is to use the WideBundle module for one of the two versions only. For example for the desktop version 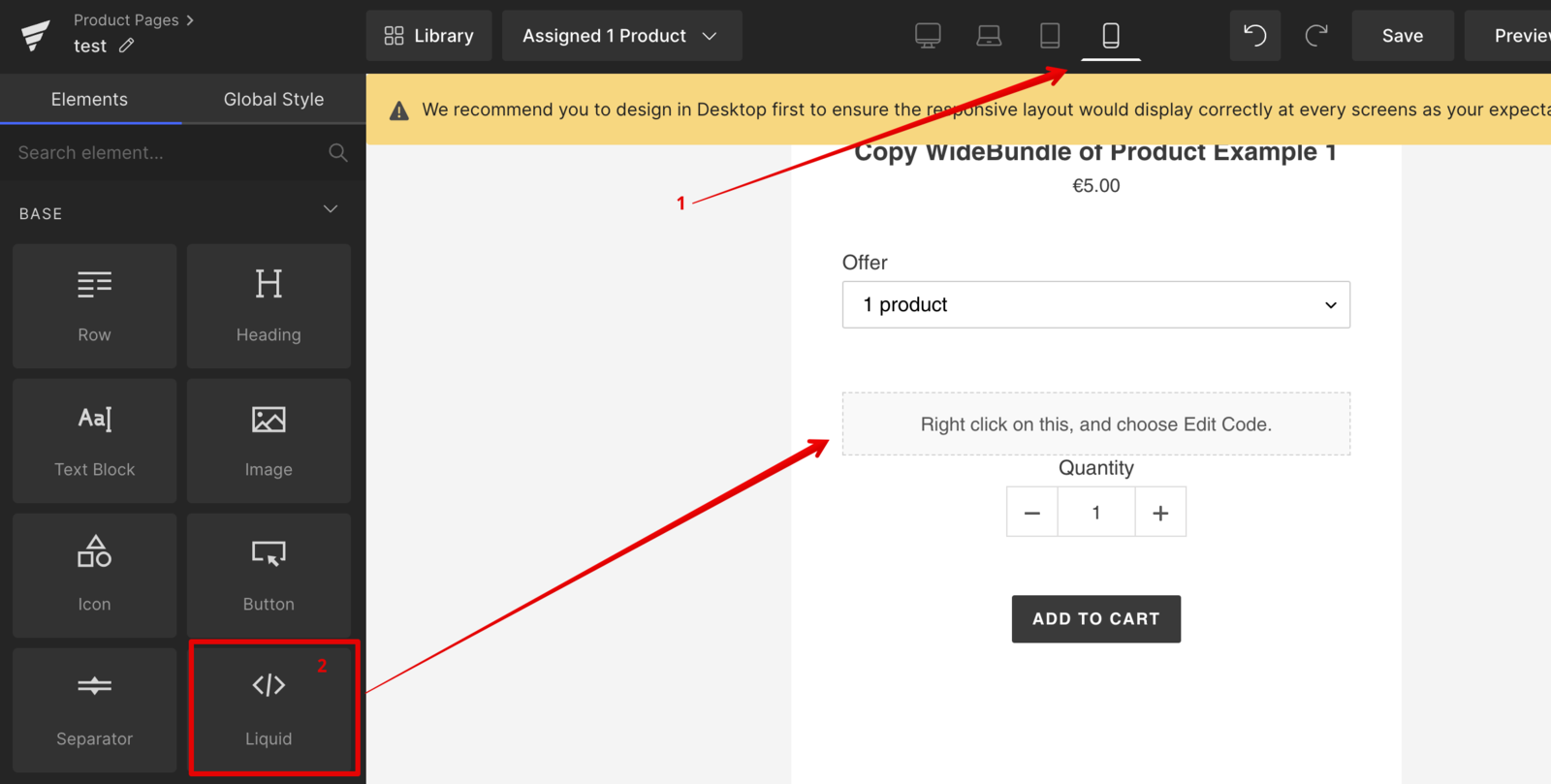 Copy the following code:<div class="new-wb-form"></div>Paste it in the "Liquid" block you added

SaveAnd that's it! Now you use the "WideBundle" module of GemPages only once and for the mobile version you use another method.

Was this article helpful?